Bud Dry Draft sew-on vintage patch, 4 W x 1.75 H A vintage patch to promote Anheuser-Busch’s Bud Dry product introduced in 1990. New, old stock. Never been used. Sew-on. Good for jackets, hats, shirts, just about anything you can sew it to! Made by Riverside Manufacturing Company for local distributors. Free Shipping in the United States. If elsewhere, check the shipping options for additional costs to the buyer & any customs duties or VAT. __ From Wikipedia: Bud Dry was a beer brewed by Anheuser-Busch in the United States & was a member of the Budweiser family of beers. It was introduced nationally in the U.S. in April 1990[1] with the slogan of Why ask why? Try Bud Dry. It was originally successful in test markets & was expected to be a popular beer with the rise in Light Lager popularity. Bud Dry was brewed using Anheuser-Busch’s DryBrew process, originally developed under the leadership of August A. Busch.[2] The process also resulted in the creation of the similar, now-defunct, Michelob Dry.[citation needed] Bud Dry was originally one of the three premier brands in the Budweiser family, commonly marketed alongside Budweiser & Bud Light. It had an appearance in the 1991 Bud Bowl III as the starting quarterback & Top Draft Choice for Bud Light.[3] With the introduction of Bud Ice in 1994, its marketing was curbed. Bud Dry was discontinued by Anheuser-Busch in December 2010. Bud Dry Draft Sew-On Vintage Patch, 4 W X 1.75 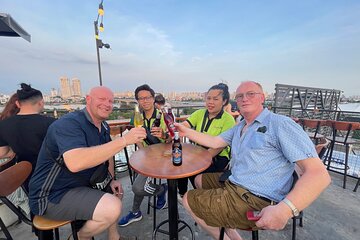 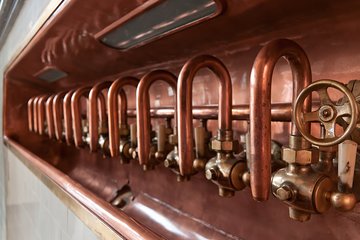